Dot is the Eastern Shore Region Steward and Natural Areas Research Coordinator for the Virginia Natural Heritage Program (DNH), a division within the Department of Conservation and Recreation (DCR). Primarily responsible for the oversight of the 9 state Natural Area Preserves on the Eastern Shore, Dot also coordinates scientific research initiatives within the state Natural Area Preserve System. Dot received a Bachelor of Science in Biology and a Master of Science in Biology from Virginia Commonwealth University (VCU). Her graduate studies concentrated on coastal plant ecology and shrub establishment on barrier islands. She also has a strong interest in plant/insect interactions, and is a certified Northeastern Beach Tiger Beetle surveyor! She has overseen the restoration of over 500 acres of migratory songbird stopover habitat on the Eastern Shore. Dot has lived and worked on the Eastern Shore for 19 years, sharing her life with her husband, Richard, and Labrador non-retriever, Shelly. She is the program advisor for the Virginia Master Naturalist Eastern Shore Chapter and is the local coordinator for the Plant ES Natives Campaign. Prior to moving to the Eastern Shore, Dot held a faculty position at VCU, teaching general biology, ecology and environmental science. 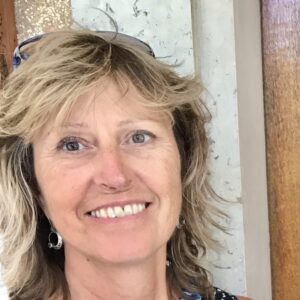